After the 8th of September 1943, the young Nina must leave her Emilian land and witness, with the eyes of a teenager, a world that is changing. The war, however, helps her to see new truths, and in the villa on the shores of Lake Garda, where her family had to move, the girl rediscovers an ancient universe, forgotten in the archives of the attic and the woods along the lake. Nina, together with her cousins, finds herself suspended between the world of the present and that of memory that lives in the old house. Without knowing it, she is immersed in a forest of symbols in which the ancient family secrets intertwined with history resurface, among hourglasses and dusty books, like pieces of the same mosaic. A splendid historical novel with fantastic veins that touches the strings of the human soul. 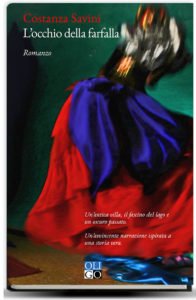